Should Writers Be Worried About The Future Of Their Jobs? 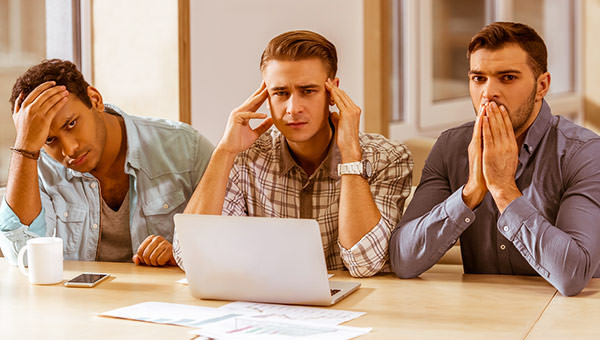 Automation is here and it is slowly but surely taking over our precious jobs, in some cases even more than emigrants are. Jokes aside, us freelance content writers, copywriters, or any kind of writers for that matter, always thought that we couldn’t possibly be replaced.

As folks over at Big Think noticed: A computer couldn’t possibly replicate the complex creativity of human language in writing or piece together a coherent story, right?

Writers beware, as one Japanese AI has recently written a whole novel that even made it past the first round of screening for a national literary prize in Japan. Scary stuff.

“The Day A Computer Writes A Novel”

The novel this program wrote, well co-authored actually, is titled “The Day A Computer Writes A Novel” (so irony, such meta) and it was entered into a writing contest for the Hoshi Shinichi Literary Award, which was the very first time the award committee received submissions from an AI.

Here’s an excerpt from this novel, just to give you a tiny glimpse of what we might be up against in the future:
“I writhed with joy, which I experienced for the first time, and kept writing with excitement. The day a computer wrote a novel. The computer, placing priority on the pursuit of its own joy, stopped working for humans.”

The good thing about all this is that this literary AI (still) isn’t able to write the whole thing from scratch. Hitoshi Matsubara, a professor at Future University Hakodate who led this project, acted as a guide for the AI, meaning he was in charge of assembling the plotline, deciding which character will be male, which female, etc…

Matsubara’s team also made a selection of prepared sentences, which their AI then used to autonomously “write” the book.

“So far, AI programs have often been used to solve problems that have answers, such as Go and shogi. In the future, I’d like to expand AI’s potential [so it resembles] human creativity,” Matsubara said in an interview for Yomiuri Shimbun.

So, Should Writers Be Worried About Their Jobs?

Yes and no. While the AI achievements are pretty impressive, many argue that AIs still perform much better when partnered with humans. Assembling sentences according to rules of grammar is one thing, but human creativity, wittiness, sense of humor, figures of speech, or the mere ability to create something out of nothing is still (luckily) rather elusive for the AIs.